Well, it’s 10 days before I head off with my mate, Hutchi, to do the Giants Cup in the Drakensberg. Am I ready? In every way except the running. I have all my gear, have booked my flights and car hire, have my special running treats (very important!) and tested my bladder (the one in my pack) sufficiently enough to know that it is heavy when full 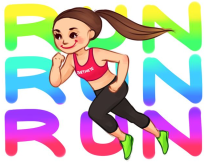 but most definitely required for sustenance. I’ve even got into the habit of taking regular sips on my (very few) training runs which is a big step for me seeing as I am not the best when it comes to keeping hydrated. Yes, everything is extremely well planned and prepared. Except as I say, for the running. This could be problematic.

As part of putting miles on my legs in anticipation of the Drakensberg, yesterday I was supposed to run the Slave Challenge half marathon which takes you through the streets of Cape Town. I have been looking forward to it since I entered as I love the idea of running in honour of a specific slave in recognition of all they went through. My person was Katrina Salama and I was ready to get out there and do my best. Except the Gazelle and I didn’t plan very well. Normally I hate getting to races too early and having to stand around. I like to get there shortly before the start a 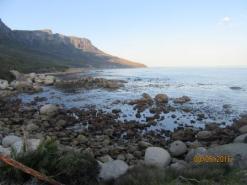 nd just get going. This works fine for trail especially as the fields are not usually huge but I didn’t think it through when it came to 8000 runners! The Gazelle arrived at my house at the specified time and off we went only to arrive 10 minutes before the start and end up driving around like maniacs trying to find a parking space! The only available space meant we wouldn’t get to the start in time (or certainly not without a huge dose of panic!) so we had to make a call. We didn’t want to do the 10km race (which was starting a little later) so instead headed off and did our own half. Still in honour of Katrina Salama and the Gazelle’s nominated person. It was disappointing to miss the Slave Challenge (we’ll know next time) but I have to say, we ended up having a spectacular run, view-wise anyway!

I am suffering from mild shin splints. I say mild because I am still able to run but it’s not really all fun and rather frustrating. We decided to do our half starting along the Sea Point promenade (so beautiful!) and heading towards Llandudno and while the rest of me 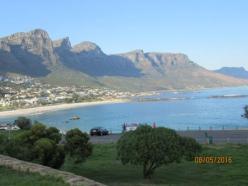 felt fabulous and inspired, my left shin constantly reminded me of its presence. I am hoping that doing trail will be easier given that it’s not repetitive hammering but as I’m running out of time before Giant’s Cup, it is very worrying. Hopefully my physio will make it all better before then!

Anyway, the main point of taking part in anything is to enjoy it, to have fun, to feel inspired and yes, to do the best you can. And this I will do. I can’t imagine a more beautiful location than the Drakensberg so am sure we will feel very blessed to be there (despite my expected swearing). And I have no doubt that I will make fabulous new friends over the 2 days….particularly with the sweepers who will more than likely be spending a lot of time with me.