I would love to say it was easy but that wouldn’t be true and besides, it has only made me 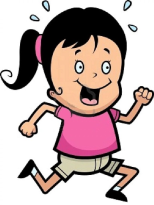 more aware that in 5 weeks’ time I have to run double the distance. However, I did sort of enjoy it and at least the scenery was beautiful (we ran from Bergvliet to Simonstown along the main road – the sea is rather inspirational). What was a treat was my 32Gi products which I am now obsessed with. Daniel Rowland (incredible machine, see here: http://32gi.com/daniel/) said the chews were his favourite so I figured I’d copy him (in the hopes that his ability would somehow rub off on me – see, running makes you crazy!) and I tried them out…they’re delicious and really do the trick. I used them as rewards…”20 more minutes and you can have your next one!” What I did find interesting was the k’s seemed to go quickly even though it often felt like hell getting through them!

My highlight of the run was around the 17k mark where, let’s be frank, I was not having too much fun. I decided to walk and sip some water for a few metres and passed a runner who was popping jelly tots into her mouth and muttering to herself, “I’m going to kill *%&$#@ Jenny. Fun, she said this would be FUN??” I had a real laugh and somehow it spurred me on to get to the finish.

What is weird is despite being very tired afterwards and the next day, not one muscle hurt. The same happened after I nearly died (okay, I’m being extremely over-dramatic) doing the 18.5k trail for St. Luke’s Hospice last August. I was ridiculously unfit at the time and running up the mountain (it only felt like ‘up’) was hell but again, no sore muscles. I do not mind, of course, but I really don’t get it.

Even so, after my first half marathon it is clear that I need to dramatically improve my cardio which means that along with my almost daily running now, I will be spending substantial quality time on my rowing machine before I leave for Paris in a month’s time. It is almost reality and the fear only increases. Admittedly, with a little excitement thrown in.

4 thoughts on “I ran my first half marathon”